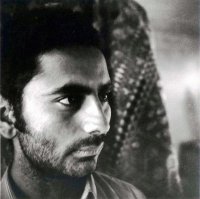 He was born in Talwandi Salem, Jalandhar, Punjab, growing up in the midst of Naxalite a revolutionary movement waged in punjab against the landlords, industrialists, traders, etc who control the means of production. He published his first book of revolutionary poems, Loh-Katha (Iron Tale) in 1970; his militant and provocative tone raised the ire of the establishment and a murder charge was hastily brought against him. He spent nearly two years in jail, before being finally acquitted.

On acquittal, he became involved in Punjab’s maoist front, editing a literary magazine, Siarh (The Plow Line). He became a popular political figure on the left during this period, and was awarded a fellowship at the Punjabi Academy of Letters in 1985. He toured the United Kingdom and the United States the following year; while in the U.S., he became involved with the Anti-47 Front, opposing Sikh extremist violence.

The brilliant journey of poetry was cut short in the year 1988 when Paash who was in Punjab for a holiday from the US was shot dead by a group of terrorists.

Time is not a dog

If not Frontier, read Tribune
If not Calcutta, talk about Dacca
Bring the clippings from
Organiser and Punjab Kesari
And tell me
Where are these eagles  flying?
Who has died?
Time is not any dog
That can be chained and driven wherever you like
You tell us
Mao says this and Mao says that
I ask you, who is Mao to say anything?
Words cannot be pawned away
Time itself can speak
Moments are not speechless.
You sit in the Ramble
Or drink a cup of tea from a side stall
Speak truth or lie –
It doesn’t matter,
You may even jump over the corpse of silence
——-
And O rulers, ask
Your police and tell me
Whether I am imprisoned behind the bars
Or this policeman standing across?
Truth is not a whore of AIR
Time is not any dog.

Translated from Punjabi by Pratyush Chandra.